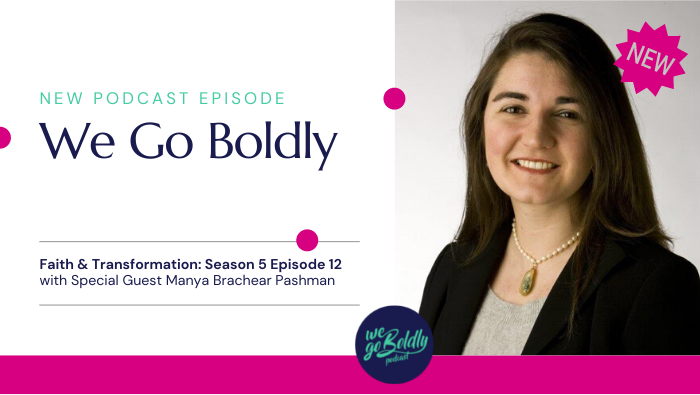 We Go Boldly this week with Manya Brachear Pashman and continue our deep dive into faith and transformation. Our conversation took us from the personal to the global and everywhere in between. Manya is an incredible human with so much insight into this topic and even more importantly, she is so much fun to talk to!

Manya is a longtime religion writer. She hosts People of the Pod, an AJC podcast about global affairs through a Jewish lens, and writes for Moment Magazine, Religion News Service and The Times of Israel. For 15 years, she served as the religion reporter for the Chicago Tribune where she helped chronicle two papal transitions from Rome, progress and pitfalls of interfaith dialogue, and the emerging role of religion in American politics.

From 2016 until 2019, she served as president of the Religion News Association and in 2019 she won RNA’s first place award for Excellence in Religion Reporting for an investigative project on one of the nation’s most influential evangelical megachurches. She also has taught journalism at Northwestern and Columbia Universities’ schools of journalism. She earned a bachelor’s degree from Appalachian State University and masters’ degrees in journalism and religious studies from Columbia University. In addition to the Chicago Tribune, she has written for the Times of Israel, Time magazine, The Dallas Morning News, Beliefnet.com and the News & Observer in Raleigh, N.C.

Listen in today to learn more about faith and transformation right along with Rielly and Tovah.

You can hear this episode below, here or anywhere you regularly listen to podcasts. Don’t forget to subscribe, rate, and comment while you’re there! 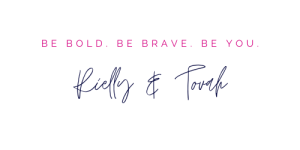